FROM NADIR TO ZENITH: THE REAL ENTREPRENEURIAL LESSONS FROM THE LIFE OF KATY PERRY

“I had no money. My car was impounded twice. Nothing was going my way. People saw me as damaged goods.”-Katy Perry

“I think the lowest point in her life was when she called me, her 16years old brother and asked me for money. I was like sorry I don’t even have money for myself.”- Katy’s younger brother

I’ve had this video, 'Katy Perry-Part of Me', on my laptop for a while but I’ve never seen it as worth watching because I thought it was a film and I was not interested in the title. One day I decided to play it and after watching it for 2 minutes I saw that it was a documentary of Katy Perry and I knew great learning would take place. Have it in mind that I knew the name, Katy Perry, but I didn’t really know her. I couldn’t even identify her, though I’ve heard one of her song before. As an entrepreneur, what I saw in the documentary was the life of an entrepreneur not actually Katy, as a star. Any person who is willing to be a successful entrepreneur must read this. Let me share some things I learnt from the documentary with you:

11.        You have to have a dream. It all begins with a dream and without a dream, there might not be an entrepreneurial vision you are living for.
Hear what Katy said, “Since I was nine, my dream has always been the same, to be on stage like a glittering costume and hear thousands of people sing along with me. This moment is, my childhood dream come true.”

22.     The failure, challenges and problems faced by entrepreneurs regardless of whether you are in America, Europe or Africa are the same. Many times I felt like entrepreneurship wouldn’t be this hard in USA or any other developed country as I wouldn’t have to go broke with fear of how do I sustain myself or my enterprise.
My heart melted when I saw these:

“I had no money. My car was impounded twice. Nothing was going my way. People saw me as damaged goods. I was feeling lost. Then I would ask myself, what happened to that 13 year old girl that was playing blue guitar, if she’s still there? I’m I still that person?” -Katy Perry

I think the lowest point in her life was when she called me, her 16 year old brother and asked me for money. I was like sorry; I don’t even have money for myself- Katy’s brother

3
3. You have to move out of your comfort zone and try out many things in order to achieve your vision without giving up. What I saw about Katy was that this lady moved out of her hometown and after trying out different means to achieve her dream, she traced a successful producer to his home and approached him for business. For the meeting to be successful, she had the right answers to questions about her product/service ready always.

In 2001 when Katy was 17 years old she met Glen Ballard (Record Producer). Glen explained how a girl showed up on his door step and knocked on his door to tell him how she is a song writer and needed a producer. He asked her to play him one of her song and he was excited with the song she played and signed her. Glen explained that people don’t show up on his doorstep everyday and the last time someone showed up, it was Jalan Morissette. He explained that, for her to have come to his doorstep with right answers to his questions and by playing him a mind-blowing song, he immediately confirmed that he would sign her and he did.

4 4. If you want to be great, create your unique story. You don’t have to be like anyone or who the people that calls the shot wants you to be.

Angelica Cob-Baehler (Former Columbia Publicist) explained how Columbia record saw her as a potential to be the next Avril Lavigne or Ashley Simpson or Kelly Clarkson and were trying to mould her to be like one. However, Katy didn’t accept and always insisted she wanted to be the first Katy Perry. She eventually became the first Katy Perry though she had to move to Capitol record.

55. Be sure you have a vision and be ready to walk different ways to achieve that vision. Your first three (3) approaches might not work, but your fourth (4th)approach might work out if you stick to the vision and you are ready to try out different approaches. This means you must be flexible. Don’t stick to a contract, an organization, a partnership, a location, etc that doesn’t work out.

Katy changed location and she changed from gospel song to pop music. Angelica Cob-Baehler (Former Columbia Publicist) explained how she was fascinated after being shown Katy’s video shot by Glen Ballard. Angelica explained, “When we first signed Katy, she had been kind of kicking around for a couple of years”. Katy had failed deals with a Gospel label and Island Def Jam before moving to Columbia Records where she was hooked up with a producer called The Matrix to look for the best approach to introduce her to the market.

6  6. You will work very hard before you make it and you will continue to work very hard and make sacrifices after you made it. Entrepreneurship is just not for a lazy person.

“People think that she was an overnight success, she really wasn’t. You know she was working at it for her whole life.”-Katy’s Sister
Katy had been playing guitar in shows and writing songs since she was 13. Despite all the challenges, she continued to play guitar and she continued to play shows. In 2011 when she had become a Star, Katy Perry embarked on the largest tour of her career. It was a year filled with tremendous success and personal heartbreak. She took her music around the world for 365 days at 2 hours show per night! This affected her marriage and she was depressed many days but she had to keep going; she had to satisfy her fans (customers).

7   7. Finally, I will want anyone reading this to know that having good human relations is one of the keys to becoming a successful entrepreneur.

Katy maintains good relationship with her family, her team and her fans (customers).  Her sister was always following her around and out of her busy schedule, she was there when her sister wanted to select her wedding dress.
Members of her crew explained how fun she was to be with and how she got involved in tasks, contrary to believe of most people that everything was done for her.


She invited some of her fans to dance with her on the stage and they couldn’t believe their ears. It was a great opportunity that gave them happiness they never expected.

VISIT WWW.COINKWARA.COM FOR MADE IN KWARA PRODUCTS/SERVICE.

Popular posts from this blog 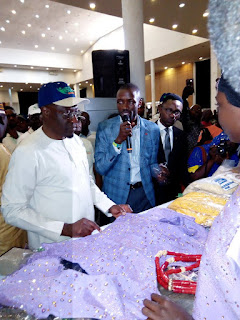 KWARA STATE GOVERNOR, ALH. ABDULFATAH AHMED PROUDLY ASSESS  MADE IN KWARA PRODUCTS AND SERVICES OF COINKWARA YOUNG ENTREPRENEURS  DURING THE INTERNATIONAL YOUTH DAY PROGRAMME The Kwara State  Governor (in cap) assessing the ready-made Aso-Oke  Pictures of youth participants Exhibitor's stand You remember our vision?  "A modern Kwara where Innovators and Entrepreneurs in the state become great employers of labour and their products and services become the pride of Kwara and Nigeria as whole" What about our mission? "To build a community of Innovators and Entrepreneurs in Kwara who are equipped with necessary tools and skills to become world class and ensure that through collaborative efforts their products and services are well packaged and promoted across the globe." 12 th of August is the day declared and celebrated as the International Youth Day. This year’s theme was, ‘Safe spaces for youth: A necessity towards buil
Read more 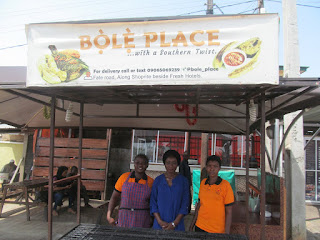 Why would a young lady engineer switch from engineering to becoming an owner of a specialized restaurant? Does it bother you, too? Let’s hear Amirah Hassan, the Electrical Engineer turned Restaurantpreneur Amirah Hassan (in the middle) with her staff COINKWARA ENTREPRENEUR OF THE MONTH_MARCH, 2018 Yes, people have different reasons for sudden change in career path. For some, it’s passion, for some it’s a necessity, and for some, it’s what God wants. The reasons are inexhaustible.   WHO IS AMIRAH HASSAN? Amirah Hassan is an Engineer, CEO, and Restaurantpreneur . She graduated from the University of Ilorin, with a degree in Electrical and Electronics Engineering. She is an entrepreneur that prepares and sells special good foods through her startup, Bole Place.     What’s the Big Deal about Bole Place? Who Amirah EPP? Lol! Bole Place has some signature meals you can’t find anywhere. You bet? Let me list them and you can correct me (at the comment space
Read more

BUSINESS WITHOUT BOUNDARY: STEPS TO EXPORTING PRODUCTS TO THE GLOBAL MARKET 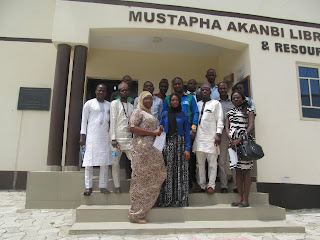 COIN CONSULTS PARTNERED WITH THE NIGERIAN EXPORT PROMOTION COUNCIL (NEPC) TO EQUIP ENTREPRENEURS WITH THE SKILLS OF DOING BUSINESS WITHOUT BOUNDARY By organizing Business Strategy Sessions (BSS) under our Coinkwara programme, we continue to focus on our mission- “to build a community of Innovators and Entrepreneurs in Kwara who are equipped with necessary tools and skills to become world class and ensure that through collaborative efforts their products and services are well packaged and promoted across the globe”.  We have used past BSS to build the skills of entrepreneurs in areas of product development, business management, product promotion, business planning and ICT among others. Preparing our entrepreneurs to become exporters thus became the next on our training agenda and no one could facilitate this session better than the NEPC. It is based on this background that we partnered with NEPC on the 7 th of April, 2018 at the Knowledge Platform, 6 Agba Dam Link Road,
Read more